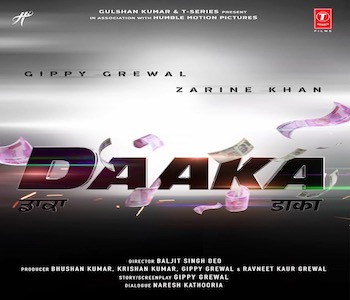 Punjabi singer Gippy Grewal has announced shooting began on Thursday for the upcoming Punjabi movie ‘Daaka’ which is produced by Gippy Grewal, Bhushan Kumar and Ravneet Kaur Grewal. The film is directed by Baljit Singh Deo.

Gippy Grewal directed films such as ‘Ardaas’ which released in 2016. The film was extremely well directed and written that the audience connected to the film emotionally and endless praise was given towards the film.

The release date for ‘Daaka’ is yet to be announced.