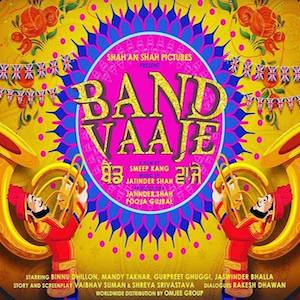 Binnu Dhillon and Mandy Takhar are the lead pair for the freshly announced film 'Band Vaaje'.

This is for the very first time that Binnu and Mandy are being cast together for a film as the lead couple. Besides the lead pair, other starcast that has been revealed is Gurpreet Ghuggi and Jaswinder Bhalla. Directed by Smeep Kang, this film is produced by Jatinder Shah and Pooja Gujral.

This is the second film by Shah and Shah Pictures, the first being Gurdas Maan starrer Nankana that couldn't do wonders at the box office. Presumably a comedy, Band Vaaje's story and screenplay are by Vaibhav Suman and Shreya Srivastava. This film shall release in 2019.