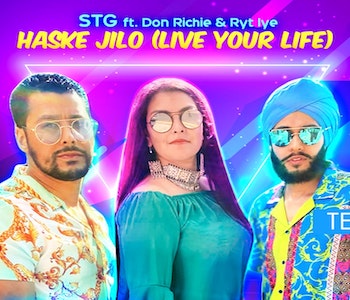 Haske Jilo is a summer vibe that sends out a message of positivity and STG telling the audience to keep on laughing and smiling through life as we all go on this same journey.

Recorded and mastered at Don Richie Recording Studios in Birmingham UK, Haske Jilo is sung on a afrobeats instrumental by Punjabi artist Taran with Deegs featuring on English vocals and the rap. The track was mainly written by STG member and lyricist Freshy Matharu who also introduces the tune with a Punjabi poem (shayari) to set the tone.