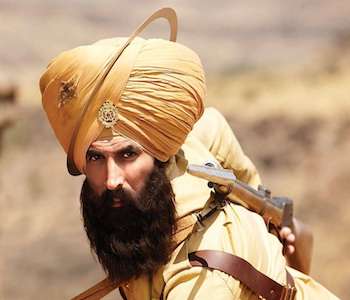 A beating heart with pride & power! Presenting "Ajj Singh Garjega" from Kesari sung by Jazzy B.

Kesari is an upcoming Indian war film starring Akshay Kumar and Parineeti Chopra in the lead roles and directed by Anurag Singh. It tells the story of Havildar Ishar Singh who participates in the Battle of Saragarhi (in which an army of 21 Sikhs fought against 10,000 Afghans in 1897). The film is scheduled for release on March 21, 2019.