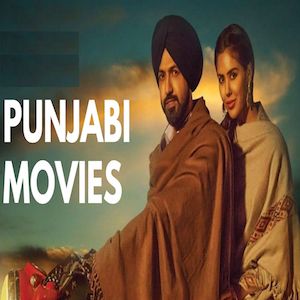 Indian-Punjabi productions have produced a good number of movies together. Some of these movies are too good to miss and if you’re a fan then it means that they’re a must-watch.

In short, these are high-quality Punjabi and Indian films that promise and deliver a captivating story through the performance of brilliant actors and actresses. So, without further ado, here are a few such films:

Teen Patti follows the story of professor Venkat. This professor has a theory on probability and he uses unconventional methods to test it out. After the theory proves successful at several online casino sites he picks out 3 of his best pupils and decides to go for the big win. It’s not before long that the police get their attention and they need to go through some trouble to keep themselves safe. Will they make it?

Teen Patti and lots of Indian and Punjabi traditional games are available at lots of sites, this includes casino games as well. Sites like casino.netbet.co.uk make sure to offer lots of games such as poker, blackjack, roulette, baccarat, and others. The main thing is to enjoy the games at these sites responsibly.

In a way, Teen Patti is a spin-off on the popular movie 21 which is just as great as this Indian adaptation of it.

Unlike the previous entry on this list, Singham packs quite the punch. That’s because it’s an action movie that will keep you on the edge of your seat. The film follows the story of Dilsher Sikhon when he takes charge of the DSP of Singham Kurd. His mission is to stop the spreading of drugs to the Punjabi youth.

In his mission, he takes on many challenges and leaps over hurdles as he tackles the mastermind behind it all, who turns out to be Bhuller, a businessman with connections in high places. Parmish Verma takes on the role of Dilsher in this movie. Kartar Cheema plays the antagonist Bhuller and there are notable performances by Rupinder Rupi, Sonam Bajwa, and Sardar Sohi as well.

Chal Mera Putt is a comedy and is a bit light when it’s compared to the previous 2 entries on this list. This one follows the story of 6 Punjabi immigrants looking to earn some money in Birmingham, UK. But the problem is that they’re working illegally and Immigration agents could send them back home when they’ve caught them. During one raid, 2 of them are caught and are in jail, so the others devise a plan to break them out. The movie is filled with all kinds of ridiculous events that will have you laughing out loud.

Qissa: The Tale of a Lonely Ghost

Qissa is a historical film that is set during the separation of India in 1947. Umber Singh is a Sikh that losses everything during this period and longs for a male heir. Unfortunately, when his fourth child is born it turns out that it’s female. Despite that, he decides to raise her as a male child. All kinds of troubles arise when he tries to pass on his daughter as a son that results in tragic events. In short, Quissa is a bit on the sad side and if you’re into such movies then this one is right up your alley. It stars Irrfan Khan, Tillotama Shome, Rasika Dugal, and Tisca Chopra.

There are only some of the Indian-Punjabi movies that will take your breath away. Get ready for some quality entertainment if you go for any of the movies on this list. Once you’ve got a taste for them, you’ll go looking for more.