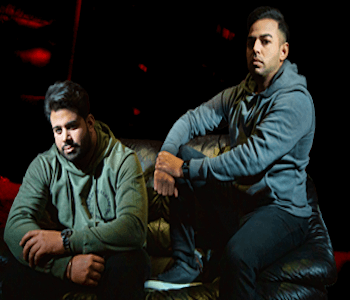 Rupinder got the opportunity to talk to Shaan & Verinder about their latest album 'Inspired' and their views on the music industry. 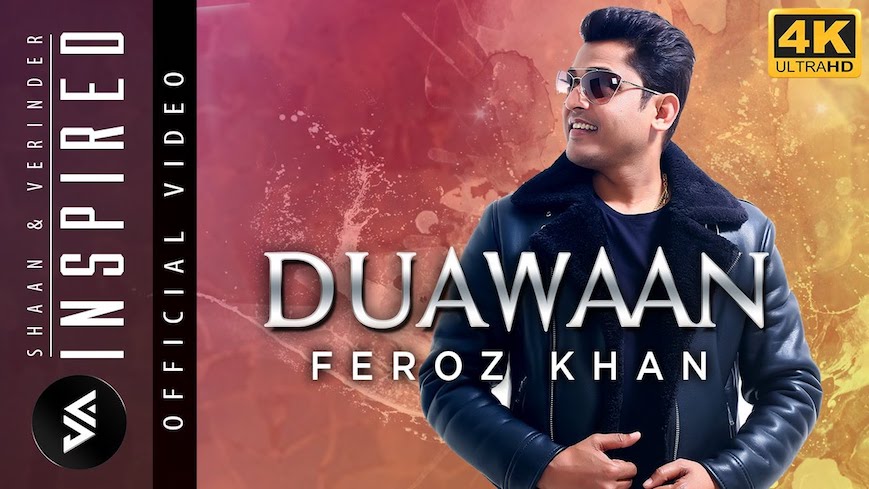 You can’t please everyone with every track in an album. However, albums are always challenging to produce as artists try their very best to reach a wider audience through a variety of tracks.

You have released your debut album ‘Inspired’ where you have collaborated with many well known artists. Why did you choose these artist to be a part of your album ‘Inspired?’

Our aim from Day 1 was variety, the only way to do that would have been Singers who had their own unique styles. We kind of sat down and made a ‘hit-list- of who we thought would best suit the type of song we were making and went about contacting them.

Most we managed to get... some we didn’t.... but the thought process behind it was to try and pair up the most capable type of singer for the particular type of song with our music styles. End of the day we were fans of nearly all of the singers beforehand so we knew exactly what they were about and what they would deliver.

As you know there are many artists releasing singles, why did you take the route of releasing an album?

We don’t think releasing singles is a bad thing. It’s a more cost-effective way of remaining relevant in the Industry nowadays and it allows you to release more frequently. For us however we didn’t feel singles would give people the full picture with our production.

Having released two of them in 2016 we were instantly labelled ‘Desi Bhangra Producers’ and we wanted to show listeners that this isn’t really the case and show them what we’re actually about.

What was the reason for naming your album ‘Inspired.’

I think the route of music production came naturally to us over time and this Is due to us being Inspired by so many people around us. Whether they were just consumers of music with similar tastes, musicians who we followed and learnt off or other music producers from the Industry who pushed us into doing our own work.

With all this in mind we thought that ‘Inspired’ was a fitting name and it just stuck.

What are your views on the tracks? Is there a reason for why you included these types of tracks from your chosen artists?

We think we’ll let the listeners decide the views on the tracks! From our side we have put in all our efforts to try and make a high-quality product with something for everyone. We hope fans of UK Asian Music can at least appreciate one song on the album.

The artists we chose are people who we feel are up there as being the most successful in their Genre of Music e.g. You can never go wrong with Baljit Malwa on a Desi Folk song or Gunjan on a slow romantic vibe. Overall we’ve tried to choose the most popular and listened-to artist in their particular genre.

What is the most challenging part when putting an album together?

The creative process in making the music is one thing, the sourcing of lyrics and approaching the singers is another. Having to amalgamate all these individuals into one song was a challenge, not only this but convince them this would be part of an album and not an individual single project.

The internet obviously plays an integral role in getting people together so we’re able to source lyrics from someone in India, have a singer in the US vocal/record and musicians in the UK/Rest of the world come together for one song (and we have an album worth). Having to communicate with each of these persons so that we’re all on the same page and have our vision captured can be challenging but also rewarding.

On the creative side, just developing a sound true to yourself and different from what’s in the market is another challenge however we believe this comes as part of the journey when making an album/body of work.

As producers who really respects the diversity of music, plays numerous instruments and is so passionate about his art, the prevalence of ghost production must really irk you?

Yes and No. There’re two sides to this. We’ve seen people who literally ask for a song to be made and have had it sent back to them with no creative input at all... I guess they really can’t call this a product of their own and are taking away someone else’s hard work!

However the flip side to that is individuals who go source their own lyrics, sit with singers and work out what kind of compositions they like - we’ve had first-hand experience with individuals who might not know the technical side of things but can tell you just through listening whether things are heading in the right direction. That’s pretty much the harder part of the job anyway (in our opinion).

It’s always impressive how finely crafted your material is. Clearly, you take great care with the likes of structure and multisyllabic rhymes. Who are your biggest influences, especially on your artistry?

We literally have a massive list of influences because of our diverse sound... we pretty much listen to everything. If we had to sum it up with two names it would be Sukshinder Shinda and Partners in Rhyme.

The future looks promising for UK Bhangra especially as its been off the radar for a while...there’s a lot of talent here in the UK who we have come across over time.

With that in mind there shouldn’t ever be a compromise in quality though and this relates back to fading too soon. You do have to consider the balance of delivering regular material to remain relevant but at the same time it’s important that it’s of a good standard.

We ourselves have taken a while to get this album out and it was a bit of a risk to leave such a gap but it was worth the wait in making sure everything is sounding the way we want.

We’re always experimenting with our sound and we’re going to continue to do do so but keeping traditional elements of Panjabi Music in mind and because of this we haven’t really got much negative criticism. It comes down to not pushing singers too far out of their comfort zone either.

We do actually have songs which represent an Urban-Desi Fusion for example ‘Mera Naam’ which we have done with Roshan Prince and we have always considered these listeners too - there’s a big market for it. In this song we have gone for a completely commercial vibe but through compositions and using instruments like the flute which is accustomed to Punjabi Romantic Style music we have managed to connect with both the Urban and Desi listener.

How has the experience of being a producer been considering you have so much creative freedom? And what has been the most important thing you learned in the process?

The experience has been good up until now and the creative freedom allows us to try and experiment and make something unique. We have been lucky that the singers we have worked with have understood our vision and allowed us to push the boundaries with their music.

The learning process is never-ending. We’re always looking to evolve our sound further, keep up with the latest technology in sound engineering but I think stand out lesson to be learnt in the process is to be consistent. Now we have found our feet with our sound we are hoping to use our experience to be more consistent in the market - like you mentioned it is very easy to fade away in the ever growing Asian Music Industry.

What would you like to say to the readers of Simplybhangra?

A big thank you to everybody who has supported us and our journey so far. We’ve had a great response to the Album and it’s all down to listeners standing up for the UK Asian Music Scene. We would appreciate the same support going forward so we can continue to provide you the same level of music...and lots more of it!

You can follow us on our social media handles:

Shaan & Verinder in a short space of time, as a collective have become natural at playing instruments whilst concurrently developing their capabilities in composing, engineering and music production, check out the album and let us know what your favorite track is?