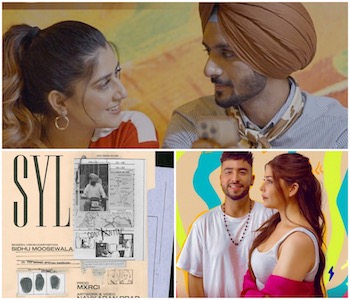 The Late Sidhu Moosewala’s SYL is the first song released since he left us all. This is also the reason why many songs did not release in June whilst everyone trys to take in this unexpected and shocking news.

This track touched many fans and the lyrics were very powerful which Moosewala had penned himself. It is a black and white video and at the end of the video provides a statement to protect Punjab River Waters to prevent desertification of Punjab.

Nirvair Pannu releases the track ‘Call.’ The track illustrates how he wants to move away from texting as it more for asking for favours and for formality reasons instead let’s call each other to get to know each other better. Messages can cause misunderstandings.

The Landers release the track ‘Tareef’ which has a beautifully composed by SYNC. Tareef translates to praise and isn’t it really nice when someone that you love praises you.