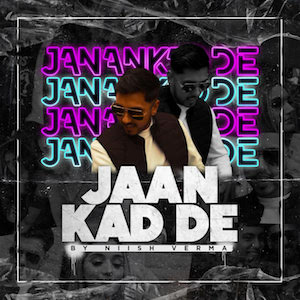 Out now is the video to the Jaan Kad De & Gabru Medley by Niish Verma, Music is by Surinder Rattan and lyrics have been penned by Mani Bugra/Jack Love.

Niish Verma, 28 from Leeds is a UK Punjabi singer who recently released his debut single with Surinder Rattan. The song is part of a medley, whereby the second part to the medley will be released soon.

Taking to Niish, I started my music career whilst I was at university, where I met Surinder Rattan; however, I was not quite ready to release music as I wanted to focus on my education and complete my law degree. After completing my degree, I moved back home and began working; this is when I slowly got back into music and began the production of Jaan Kad De and other songs with Surinder.

After many months of hard work, I am very excited to have released my debut track with Surinder Rattan – Jaan Kad De. The song is available on all digital platforms including apple music, Spotify, and YouTube. Stay tuned for more music on its way.