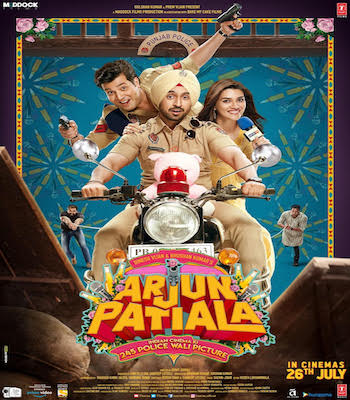 The team behind the upcoming comedy film Arjun Patiala have released the official trailer. The trailer features Diljit Dosanjh as the main man Arjun, the wonderful Kriti Sanon plays the fiery news reporter Ritu Randhawa and funny man Varun Sharma plays Onida Singh. The trailer gives audiences a glimpse at the craziness and fun that is to come on the sliver screen.

The trailer has been getting a lot of love from fans all over the world who have praised the Arjun Patiala team for their top-notch acting and hilarious dialogues. Fans have been left on their edge of their seat, eagerly awaiting the film’s release on 26th July.