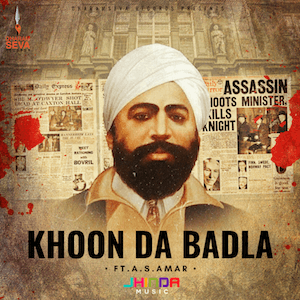 This hip-hop inspired track is a tribute to the bravery of this Punjabi folk hero! Khoon Da Badla features the powerful vocal talents of A.S.Amar and music by Jhinda Music.