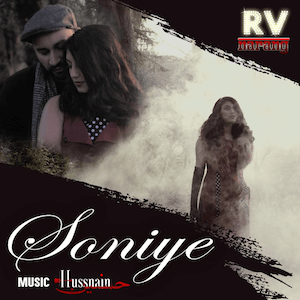 After the success of “Tu Cheez Kamal” released during the lockdown, get ready for another instalment by RV Narang which is a melodious love song titled “Soniye” featuring backing vocals from Sanila Iftikhar, Out Now worldwide!

The song also features Jasmine Inaiyah as the female lead model. Music is composed & written by RV, music is provided by Yorkshire based producer Hussnain Lahori, and filmed by Athif Shafiq.