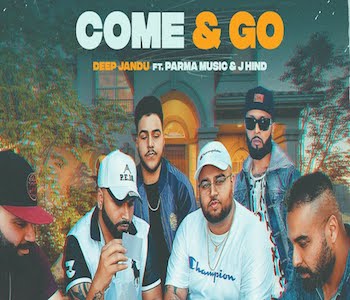 Royal Music Gang (RMG) is back with the new song Come & Go by Deep Jandu and Parma Music with George Gill's lyrics that is Reflecting the real Truth in the present scenario of our Punjabi Song industry.

Vibes of Manna Music who has recently given a block buster with Karan Aujala - "Sheikh" has taken this song of Deep Jandu to another level... .

J.Hind Rap at the last will let you know about some of the facts about how Deep Jandu, Royal Music Gang and Kali Denali has reached this level.

This new punjabi song of deep jandu dropping from Royal Music Gang (RMG) will surely be going to touch your hearts...