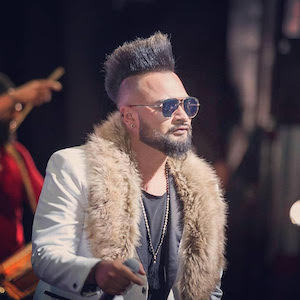 Jovan had the opportunity to chat with UK Bhangra sensation Gurj Sidhu on his brand new track ‘Baby’ with lyrics written by Sukh Sandhu and More!

You releasing your brand new track ‘Baby’, what type of track is it? What can the fans look forward to from this track and where did the concept for the song come from?

This track ‘Baby’ was basically a song that my writer Sukh Sandhu gave me about 2 years ago. I remember the day he gave it to me, I was like this is a vibe. I recorded the vocals back then, all I did was started making a beat. It was the fastest song I’ve ever made. I made a dummy and the vibe for me it was like yeah man it’s got a vibe in literally a couple of days. Then it was just left like that and I’d just listen to it in my car and people liked this track.

I had a gig in Australia, and the first time I performed this tune it went down wicked. I got a wicked response from it. The record label got to hear the track and they said it’s a video track, we got to do a video for it. The concept has the West Coast whistle vibes with the old school drum, it’s an up tempo track 92 BPM.

It’s one of the tracks it could work on the dance floor in India because lyrically it’s for them however it’s a track you can play in your car and cruise around to. I hope it gets a good response.

The track was mixed and mastered by Manni Sandhu, what advice did you get from Manni for the track and what did he do to complete the project as you did your own music for the track?

The vibe on the song was actually there, Manni and I had linked up and he had the track way back. It was one of his favourite songs I remember saying that it was a wicked track with the composition and lyrics. We were just talking and I had the video shoot planned and I asked a question, you mix and master your own stuff can you do one of mine?

He responded with I’ve never done this ever in my life but Id love to man and see what I can bring to it. The mix itself is very tight he definitely brought out different sounds, after the master I was like it’s got the treble, bass and the bottom end.

Overall he killed the track because he mixed and mastered it and it was hard hitting he did a great job on it.

Your track ‘Adha Pind’ is a huge hit with the fans right now, why do you think this track has turned out to be as big as it is?

Adha Pind was 4 lines that were written by my writer when my lyrics got leaked. Label from Australia leaked them and we decided that we we’re gonna sing the 4 lines and put it on my Instagram story and that got ripped and put on Youtube and it went viral.

There was over a million views on this ‘Sher’. That gave us an idea where this had to be a song, he basically wrote this song to the story. It was reality and thats what people loved, what happened in the video is what really happened. I never expected a response like it’s been its gone viral.

I think this is my biggest track to date before that I’d say it’s 'Dil Yaaran De', ‘Backyard’ and things like that. It’s been a mad response and thankful to everyone out there supporting.

I’d call Backyard my favourite track of yours as I’m sure any fans will agree on. Did you ever expect it to be such a global song which is played on dance floors all around the world?

Backyard was very advanced for it’s time, no one really know who Snappy or myself were on an international level. These lyrics had been passed to me, the song got made so fast. We never thought we’d get the reaction that we did. There weren’t many songs that were coming out that had English and Punjabi lyrics.

If you could collaborate with anyone in the Punjabi music industry, who would it be?

It would probably be Honey Singh because his journey has been crazy, he’s a very talented artist. If it was a singer I’d say Jazzy B, after Kuldeep Manak I’d say thats the guy that has the legacy. He is one of the baddest singer in the industry, if a singer could stay in the industry for 25+ years and sing live and sing on like F sharp or F that is a real artist so I’d say one of those 2.

Who would you want to collaborate with on a dream project in the English music industry?

I’d say Dr Dre to produce a track, it would probably never happen but I’d like to bring the West Coast vibe out of him because I grew up listening to the Doggiestyle albums, Chronic, 2001. To hear that sound from him again it would sound special.

If I had to say new age, I’d say Drake because he’s on a new level and he’s so creative with whatever he does. It takes a lot of time, hardworking and effort, no one knows the journey behind music or even the visuals.

What can we look forward to from you in the future?

I got many collaborations coming up! February will be the collaboration with Manni Sandhu, some stuff with Kaos Productions, plenty of singles. You’ll hear 7-8 singles this year, and at the end of the year you’ll hear a brand new album with all new songs and it will not include any of the singles. I would like to thank you guys for your time and thank you for interviewing me.