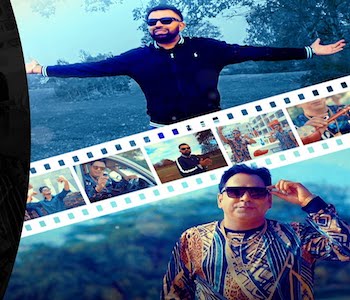 Catching up with him, he quotes "this a special project as it my 3rd duet with my Ustad Amar Arshi - first was in 2003 entitled Gabroo Haan Da, second was Saceema on Amar Arshi's album Nakka (Released by Speed Records music by Inda Bains) This is the first time we have got to do a video for our duet and this music is done by Ustad Inda Bains who has also been mentoring and teaching me music.

In 2015 I released my first full solo album under the Punjab based label SMI, I received much love in Punjab for the song Dheeyan, I have recorded many single songs since and have worked with music producers Inda Bains, R.Sodhi, Amit Rai, Raxx and PBN.