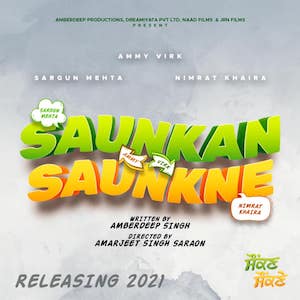 Ammy Virk has 'Puaada' and 'Hukma' in hands while Sargun Mehta has 'Qismat 2' and 'Sohreyan Da Pind Aa Gaya' scheduled to release once theatres re open. Nimrat Khaira also has another film titled 'Jodi' with Diljit Dosanjh.