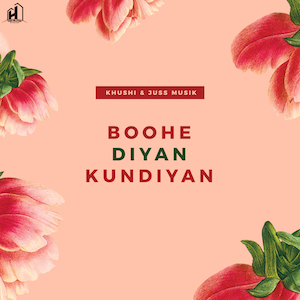 Khushi age 17 has been singing since she was 11. She started doing kirtan in the Gurudwara from the age of 11 and developed a passion for music.

She then went on to taking singing lessons by a professional teacher to develop her passion.

In 2018 she was awarded “Best Newcomer” at the UK Bhangra Awards.

Khushi stepped foot in the music industry in December 2021 with a Bollywood cover (Nainowale Ne) and is currently working on original content to be released this year.

“Having already worked with Miss Pooja's vocals on DJ Vajda, Juss Musik had a preconceived idea and vision in which they imagined this song in my voice, and effectively bought this idea to life. The composition itself spans over a wide range of notes, thus making it another melodious cover to sing in addition to my previous cover Nainowale Ne. I have also started working on original content, which will follow after the release of Boohe Diyan Kundiyan. “