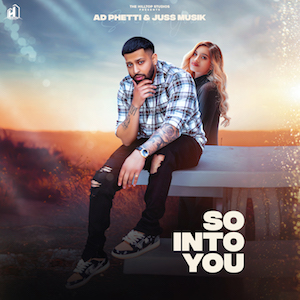 THE HILLTOP STUDIOS PRESENTS So Into You by AD Phetti & Juss Musik.

So Into You by AD Phetti & Juss Musik

California based singer AD Phetti began creating at the age of 18. He was inspired by west coast culture and released his first single in 2015.

He has collaborated with many artists such as KS Makhan, Deep LD, and etc. He recently opened for the Jazzy B, a well known Punjabi artist.

The video was directed by HappyDProductions and Lyrics to the song were written by AD himself.