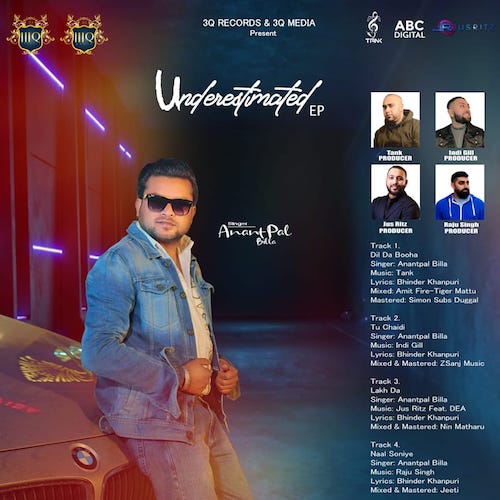 The EP features music by “Tank”, “Indi Gill”, “Jus Ritz and “Raju Singh”. The lyrics for the EP have been penned by ”Bhinder Khanpuri”, the artwork and videos were done by ”Sonu Sekhon.”

“Anantpal Billa” who was previously known as “Billa Ferozpuria” was born & raised in Ferozpur, Punjab. Anantpal made his debut in 2010 with his first song ‘Magic’ alongside one of UK’s best DJ’s “AJD”. Anantpal entered “Voice of Punjab” in 2011 but was unable to continue due to unforeseen circumstances. He returned in 2012 and became the official winner of “Voice of Punjab 3” alongside “Nimrat Khaira”. After winning the competition Anantpal joined forces with lyricist “Bhinder Khanpuri” and released hit songs such as ‘Khushiyan’, ‘Tu Dardi’, ‘Patola’, ‘Lakh Tut Ju’ & Many more.