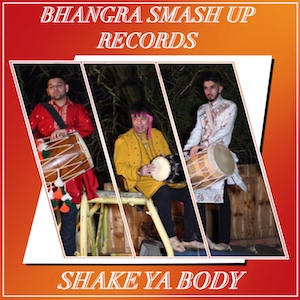 Inheriting the traditional Bhangra music, the Bhangra Smash Up fuse the ‘Dhol’ and ‘Dholak’ with mainstream chart music and classic hits, to create the ultimate Eastern & Western fusion!

The Bhangra Smash Up is a three-piece drumming band based in Birmingham, United Kingdom performing across the country

The band was established 2017 – since then they have been performing at events all over the UK!