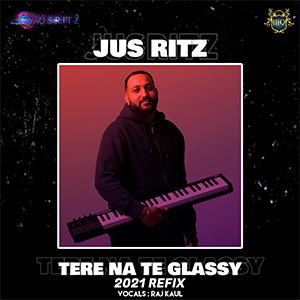 After taking a break from music production and focusing on the wedding scene, DJ’in throughout the UK and the world “Jus Ritz” has been back in the studio working on tracks for the UK Bhangra lovers. Watch this space!

'Tere Na Te Glassy' audio & lyrical video is set for release on all major platforms Monday 5th July 2021. The audio will also be available as a FREE Download via Soundcloud.com!