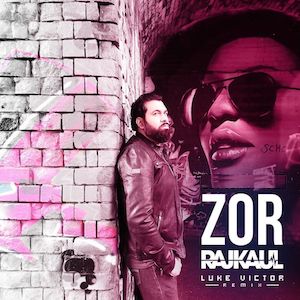 For the remix of Zor we were undecided on whether to shoot a separate video. But a while back we had the idea of paying tribute to everyone involved in the lockdown. We thought what better way to pay tribute than include as many people as we could in the video. This is the trailer for the remix. Thank you to everyone involved and well done for getting through this pandemic. God bless always.

Raj Kaul is a singer, song writer and composer, based in the West Midlands, UK. He specialises in Bhangra music with an electronic twist. His music is grounded in his love for melody, which shows in his singing and song writing. He has a deep respect for the traditional aspects of music; however, he is continually looking for inspiration from a wide range of musical trends. This has heavily influenced the sound for his solo debut single Zor.

Raj Kaul has been singing professionally since 2008. He made his debut by singing on Jus Ritz’s album, Jus the Beginning. The song ‘Tere Na Te Glassy’ was a huge success and was No.1 for three successive weeks on Brit Asia TV. Although never away from his musical roots, he has been away from the professional circuit. He is now returning to the musical game, with a renewed passion for his art.