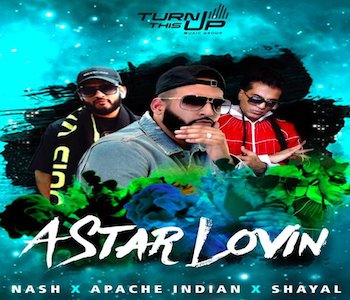 This unique collaboration between the legendary Apache Indian and the uber-talented Nash has been brewing slowly in the music lab of the music magician Shayal.

Shayal says: "It's been a heck of a journey to get this track to where we wanted it to be musically, we wanted to make it perfect so we took time to get it right."

'A Star Lovin is a sure-fire club smash. It has a hint of Latin expression with a definite urban feel whilst embracing Apache's iconic reggae influence.

The track is the first single off Nash's forthcoming debut album and he's over the moon with the end result: "Shayal knows my vibe so well. He's helped to capture the sounds in my head and produce something so fresh and exciting and also something that works amazingly well with my vocals and Apache Indian's legendary sound."