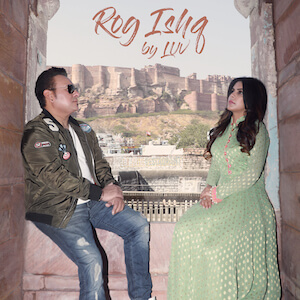 Luv Randhawa, an artist who was born in the U.K and grew up in Canada has been in the Bhangra scene since 2002. Luv continues, on this journey that has taken him to a variety of countries and helped him chart new territory.

Luv stands for the aftermath of his cultural experiment distinctly Diverse and entirely world music based. I do, what I do because, I love it and I am so very passionate and proud about who I am.

Luv’s new release entitled “Rog Ishq” has taken him to Jodhpur, India in Rajasthan ia a Sufi rock Punjabi/Urdu style track about love, hardships, and integrates the poetic beauty of his culture. A track that tested Luv’s musical skills in all ways.