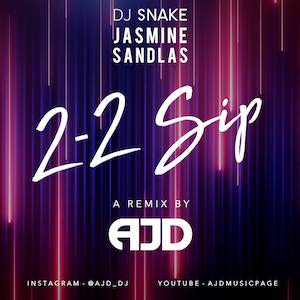 Given an upbeat feel, a lot of listenership have already commented it as a 'cleaner version than the original!'

The original music producer for Sip Sip, Intense, even took to social media to comment 'Solid mix AJD' followed by 'I'm never a big fan of when people remix my stuff, but it's always nice when it's done right'