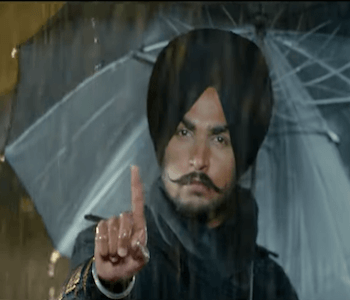 Check out the video to the brand new single by Bups Saggu featuring the vocals of Prabh Ubhi titled Mere Naal De.

The new single features the young new vocalist Prabh Ubhi who has won numerous Punjab university singing competitions and is definitely one to look out for in the future!

"Mere Naal De", which translates to "My People" is a Desi Hip Hop number and a half! Bups has given a sound not many associate him as he is best known for his dancefloor bangers. Bups' musical awareness shines through this number and he aims to continue this in the following months giving a variety not just his signature sound. Desi Hip Hop is very "in the now" and Bups has been a Hip Hop head his entire life and you can hear this in the production which is very much the 90's-20's Hip Hop sound.

Prabh Ubhi was introduced to Bups Saggu via mutual friends in India following a vocal he recorded for Bups as part of the "Folk N Bass" series and instantly it was apparent that a single had to be produced as Prabh's vocals need to be heard globally, the rest is history.

"Mere Naal De" is to be heard loud, period!