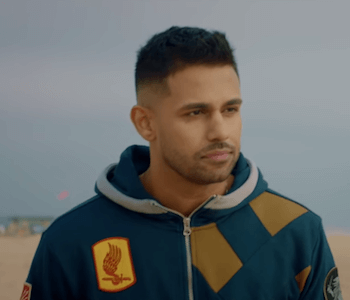 Every now and again a song comes along that you instantly know is special, that strikes a chord deep within your soul – Kai Saal is one of those rare songs.

To all those that follow my music, my journey and me,

I wanted to personally reach out to you all about this song, because I have so much to say about it.

Every now and again a song comes along that you instantly know is special, that strikes a chord deep within your soul – Kai Saal is one of those rare songs.

When Zohaib (the writer), first sent me a voice note of some of the lyrics with composition, I immediately knew I wanted to be part of this song. When a song sounds so melodious and captivating from a voice note, you know its going to be magical when it comes to life. Alan Sampson bought those emotions to life through the way he made me sing it and how he expressed the essence of the song through the production.

If you notice there’s no musical breaks in the song, Alan wanted the song to be told like a story, no breaks, just the ups and downs of the emotions. The song became even closer to me, I had a very clear vision for how I wanted the video to look and feel. I’d been a fan of Baljit Deo’s work since Amrinder Gills Dildarian, he was at the top of my wish list.

Working with Bal was such an amazing experience, he understood the subtle intricacies of my song and vision. Through months of planning we were able to bring it to life over a three day shoot in LA with the best model/actress I’ve had the pleasure of working with, Nikki Howard. Kai Saal has been one of my careers most enjoyable songs to make, right from the inception with Zohaib, to production with Alan and the video with Bal. It’s a song and video I am immensely proud of. This song, in my opinion is the perfect merger of cultures – traditional Punjabi melodies with an authentic western musical treatment. I hope you all enjoy it as much as I have enjoyed making it

Love, Respect and my sincerest thanks for reading this and being part of my ramblings through music,