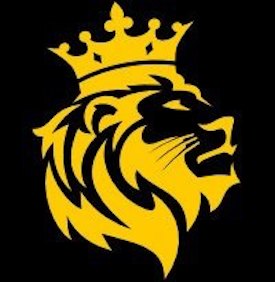 This is mostly due to political and religious reasons, but this usually forces gambling underground where it cannot be regulated - check out Neros Fortune slot.

Most people take the fact that they can gamble any time they want for granted. But if you step back in time, you will discover that gambling was not always freely available to the masses, and in some countries, the act of gambling was and still is banned even today. This is mostly due to political and religious reasons, but this usually forces gambling underground where it cannot be regulated - check out Neros Fortune slot.

Even the more liberal countries of the western world have seen their fair share of gambling bans through history, but today, gambling is seen as a mainstream pursuit here. However, because gambling can be addictive, it does still need regulation.

Gambling has been in existence in societies since ancient times and the hi-tech world that we live in today only makes it easier than ever before to gamble. There is more choice of gambling casino games, and these are as popular as gambling on sporting events. In New Zealand, you are free to gamble if you are of legal age to do so, and you can gamble at land-based venues and online casinos, once you have completed the registration process put in place by these establishments.

New Zealanders have been gambling for years and back in the 19th-century horse racing and card games were the focus of public wagering. This did come under the scrutiny of the church who decided that restrictions needed to be applied to this form of entertainment. This led to bookmakers being banned from racecourses from 1910.

Most of the gambling in New Zealand right up to the 1980s consisted of betting on the lottery and horses. In 1950 betting on horses was taken over by the state-run Totaliser Agency Board and this helped to regulate the horse racing betting industry.

A Time of Change

The 1980s shaped the modern gambling environment of New Zealand and it was the popularity of the New Zealand Lotto that kicked everything off. At the height of Lotto's popularity, 67% of the population were buying Lotto tickets.

In 1988 electric slot machines which are also known as pokies in New Zealand, were made legal to play in specially selected establishments. In 1989 land-based casinos were approved and six were introduced across the country.

The 1990s saw digital technology sweep the globe and the internet brought information and entertainment straight into people’s homes. Since gambling is a major form of entertainment, this industry took advantage of the new technology available, and casinos moved from their land-based origins to the virtual world.

Currently, gambling remains legal in New Zealand and online gambling has become extremely popular with New Zealanders. Here slots, casino table games, and other forms of gambling continue to be readily available for those who wish to indulge in this pastime. The official advice for the public is for them to stick to forms of gambling that are licensed and regulated by the NZ Gambling Commission and to avoid overseas and non-licensed venues altogether.

The most interesting slot game themes