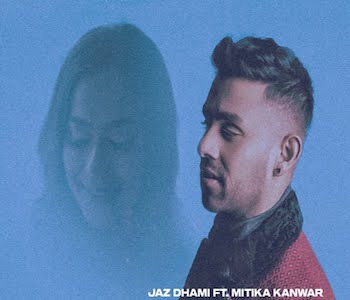 Charkha is an expression of pure, innocent love. With a distinctive hook that many will recognise from the folk song of Chitra Singh, ʻCharkha mera ranglaʼ – itʼs been adapted and added to by Jaz with such romantic melodies, youʼll be mesmerized.

Jaz also introduces a new talent to scene, singer Mitika Kanwar, “when I first heard Mitikaʼs vocal I was really impressed and drawn to it. While doing this song together I felt our voices complemented one another so well, her voice was the inspiration for it, and sheʼs bought a real character to the track.”

Over the past twelve months youʼve heard a more western influence in Jaz Dhamiʼs style of singing, this one exudes Indian melody, but is a fully urban beat as heʼs back working with Amaar Baz who co-produced Running Away feat. Arjun back in January. Freddy Icepik has also co-produced this one.

All those fans who say theyʼve missed the senti Jaz Dhami, heʼs tailored this one for you guys.